So our knife is tearing up the vinyl.
We thought the knife was bad, so we got a new one.
Ran a test again, and it tore it up.We realized that the knife isn't zero'ing.
I believe it should be in line with the roll of the material and it's at a 45deg'ish angle instead.
So during initialization, no matter how we orientate it while the machine is off, it snaps back into the wrong 45deg'ish position.

Is there a function to zero out the knife?

Attached is a picture. 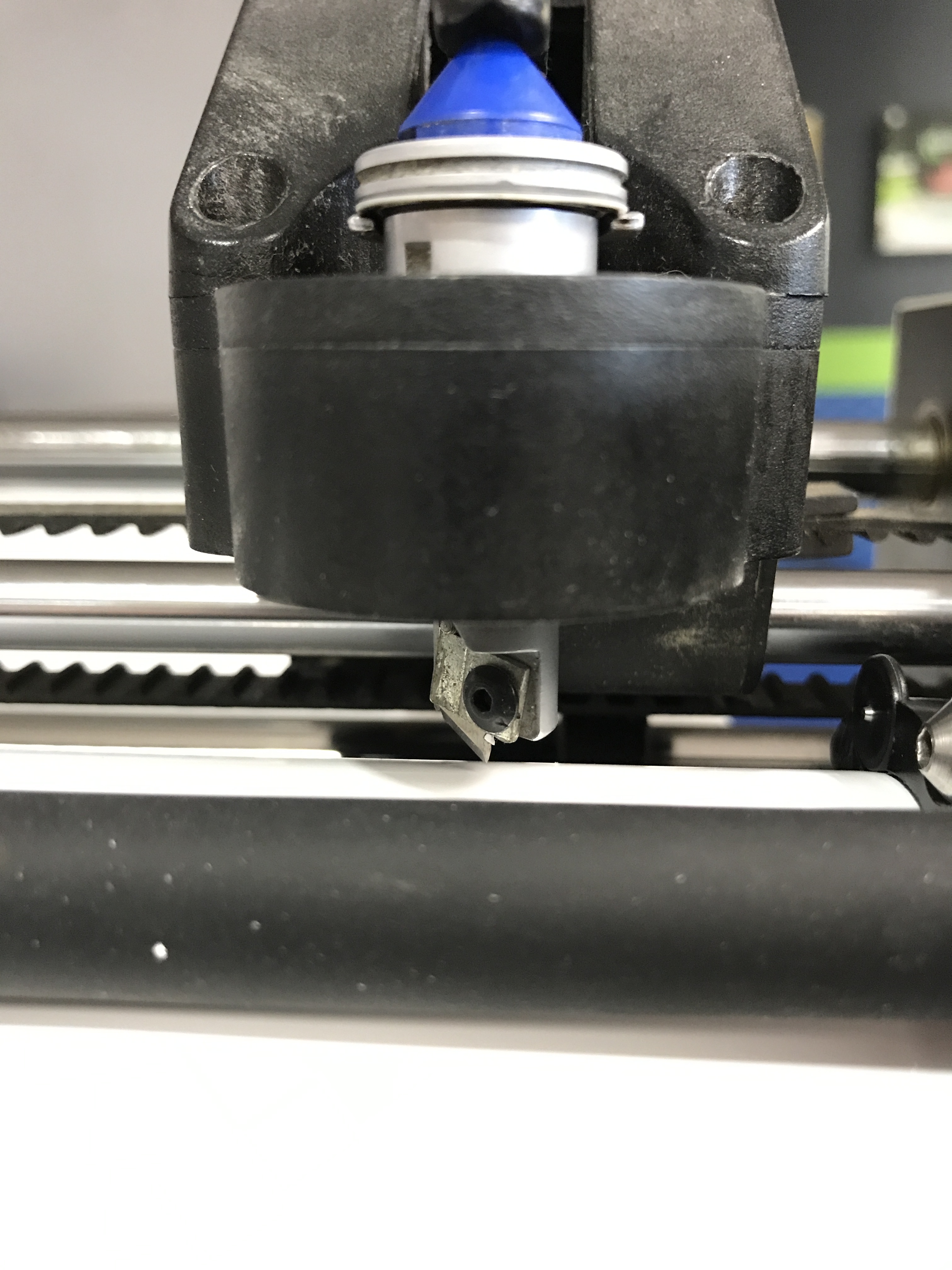 You need to loosen the gear that drives the theta axis and then re-align the cutter. But first, you should remove the dial head cover to see if the theta belt is not damaged, otherwise you're efforts will be in vain.

There are two main reasons why misalignment happens: 1) the theta belt wears out and looses teeth, causing the sprocket in the carriage head to jump timing or... 2) the gear on the theta shaft slips because it is loose or otherwise damaged. It's held by a tiny socket head set screw (Allen screw).

This re-alignment process is described in the manual and is fairly easy...so is replacement of the theta belt. Be careful not to over tighten the set screw. Hold on to the Allen wrench by the short end so as not to apply too much torque...it's only a plastic gear and the threads will strip easily if you're too aggressive.

Thanks!!!!! I'll give it a try.
I see where they talk about the theta adjustment.

Just odd that the actual parts diagram is not in the manual.
The parts list is, but not the diagram to reference what they talk about in the procedure.
So I could actually see what allen set 47 is.
I pretty sure I know what I have to loosen...

Digging into this more, it's a bad belt that rotates the knife.
Researching now the best place to purchase one from...

Sign Impressions said:
Digging into this more, it's a bad belt that rotates the knife.
Researching now the best place to purcha se one from...
Click to expand...

It's called the theta belt. The Plotter Doctor sells them direct or on eBay (his seller name is jdjdpart).