Hi, how are you?
I am having problems with my Roland VP540 printer with Nazdar inks.
I have several theories but I need to know exactly what the problem is to solve it or prevent future damage.
It started in April. We received complaints from some customers about changing colors and noticed that the turquoise began to print very greenish and the reds turned magenta ...
When we saw the testprint, we thought that part of the yellow had been blocked, so we changed dammpers and captops, but it was not the solution.
Later we realized that it was not that a section of the injectors was not firing, in fact they were deflecting (they defect so much that they generate a "hole" in the test giving the feeling that they are not there)
We are temporarily printing hiquality but it is not the great solution ...
I have more heads but I don't want to put them on until I am sure of the problem that caused this.
Any suggestion? 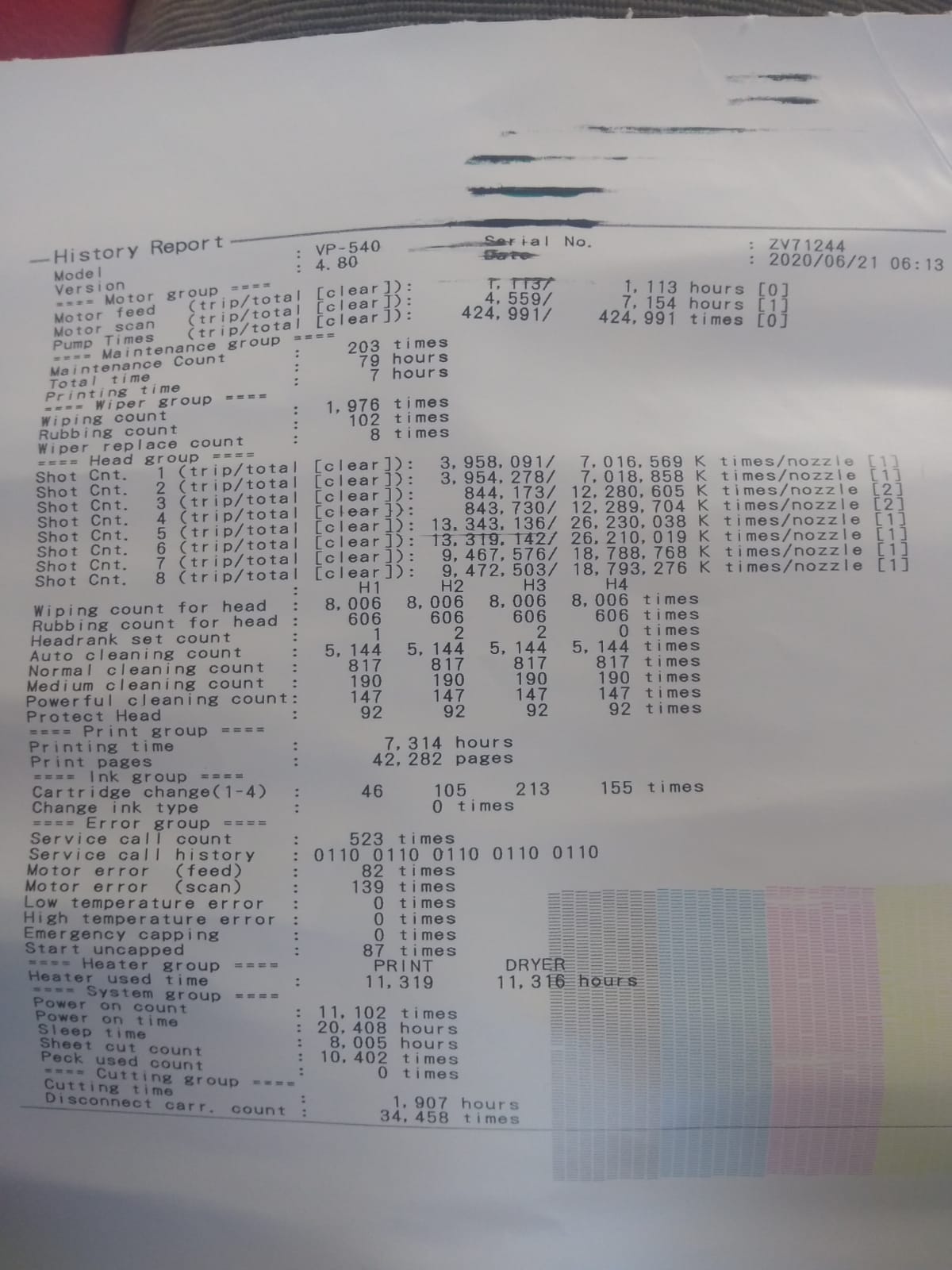 Head 3 has fired more than double the shots it is rated for. head 4 is at about 150% of it's life time. You could try soaking and flushing but at that amount of shots fired, the nozzles are most likely just deformed which causes the deflection.
J

Based on your nozzle test and shot counts, it looks like you are due for 2 print heads to be replaced...

Hello again. And thanks for responding. I understand that they exceeded their useful life, but it seems to me a lot of coincidence that they break down yellow and magenta almost at the same time. And the symptoms are very similar. I had not happened with other heads that change. My fear is that the same will happen to the new ones.
Show hidden low quality content
You must log in or register to reply here.
Share:
Reddit Pinterest Tumblr WhatsApp Email Share Link
Top