For anybody that has a walk in area or customer area in their shop, are you making the customers wear a mask? Most wear a mask but a good portion of ours do not ...We have a front counter area that we stand behind to help with customer orders and it does give us a few feet between them & us.. Now.. I DO NOT help walk in customers as its the salespersons job BUT am i jut being a worry wart or should i bring this up???

If it bothers you, put up one of those giant sneeze guards.

We have it posted on our door that you can wear a mask and we observe social distancing, but that doesn't mean you must enforce it 100%.
B

We're not making masks mandatory...for now. That could change. The daily number of new confirmed SARS-CoV-2 cases here in Oklahoma has really jumped over the past week, including a new record high number of new cases reported yesterday. We could end up going back to our previous policy of not allowing customers to enter the building. I'm just praying a lot of businesses don't get closed down again.

I personally prefer anyone to wear a mask when out in public. I do not understand all the political garbage some people are attaching to the issue, or the nonsense that anyone wearing a mask is "scared." The masks, face coverings, etc aren't for preventing the person wearing it from contracting COVID-19. The mask is protect other people from your own respiratory droplets that you eject into the air when you sneeze, cough, talk or even breathe. Too many people are asymptomatic carriers of SARS-CoV-2 and probably don't even know they have it. The masks at least inhibit the spread. If everyone was being considerate of others rather than getting their panties in a twist over their free-dumbs we wouldn't be seeing so much in the way of new flare-ups, disease clusters and hospitalizations.

If everyone would wear a mask when out in public that would help businesses recover and not have to shut down again. Us sign people aren't going to stay in business if our customers can't stay in business. We all need to be doing our part to stop this #$%@ing disease. This thing is like a forest fire. It's going to keep on burning as long as we keep giving it fuel to burn.
U

Nobody here is requiring it, and very few wear masks anyway. Only the hospital and doctor's offices are requiring masks. The two or three people a day who come in we are not requiring masks.

We don't have many customers in the shop. Those that do come in are usually wearing a mask since it's required at all stores. Plenty of room to keep 6' away while talking.

We require the mask to enter the building. If you don't want to wear one we will bring the order out to your car and give you a mask too!

Masks do protect the wearer as well and I would have your salesperson wear one when talking to customers. I don't let anyone in the office anymore, there really is no reason for them needing to come in.
What is your liability if that person were to get sick? They are doing a lot of contact tracing now so it is possible for it to come back on you.

Gino said:
If it bothers you, put up one of those giant sneeze guards.

We have it posted on our door that you can wear a mask and we observe social distancing, but that doesn't mean you must enforce it 100%.
Click to expand...

Gino said:
If it bothers you, put up one of those giant sneeze guards.

We have it posted on our door that you can wear a mask and we observe social distancing, but that doesn't mean you must enforce it 100%.
Click to expand...

we have one, but this particular guy was standing on the side of it talking to our sales rep about 2 feet between them ... So the guard was pointless...LOL

Put up a sign requiring face masks. One of the ways you contact Covid-19 is from people not wearing masks.

That's a kinda easy fix. You can approach from two points of view. Your counter person politely says, sir, would you mind moving behind the barrier for all of our protection........ or you pull out a 38" Louisville Slugger and say..... move behind the barrier, bub..... or else.

I still have my 38" bat aside of my desk. I nicknamed it Bill for 'bill collector', but he's been replaced by S&W tre 5-7 recently, with all this craziness going on lately.

Our county has placed mandatory mask requirements for all businesses. We're not posting any signs, hoping most people will follow county orders. Most people that have been coming in wear them anyway.
T

We require all people that enter our facility to wear a mask.

We actually had a store here that was refusing people that came in with a mask. As far as I know, there hasn't been any repercussions for that policy (although, it isn't a store that I frequent, it was one that my mom used to frequent), but I haven't kept up with what happened to them.

It's hard to not politicize something like this when it happens in Election year where everything else is going on. Around here, we have actually held at the same reopening phase. Just have to see how things go in August. Of course, if that ad was right in the Tennessean, won't have to worry about that. Strange times, that's for sure.

Flu season is going to be hell on you guys/
J

Bobby H said:
The daily number of new confirmed SARS-CoV-2 cases here in Oklahoma has really jumped over the past week,
Click to expand...

Bobby, I'm just curious, do you know if there are more people going to the hospital with new symptoms or are they expanding testing and therefore confirming more cases that would have been counted otherwise?

We are just the opposite, with record unemployment we ask that they please remove these before entering 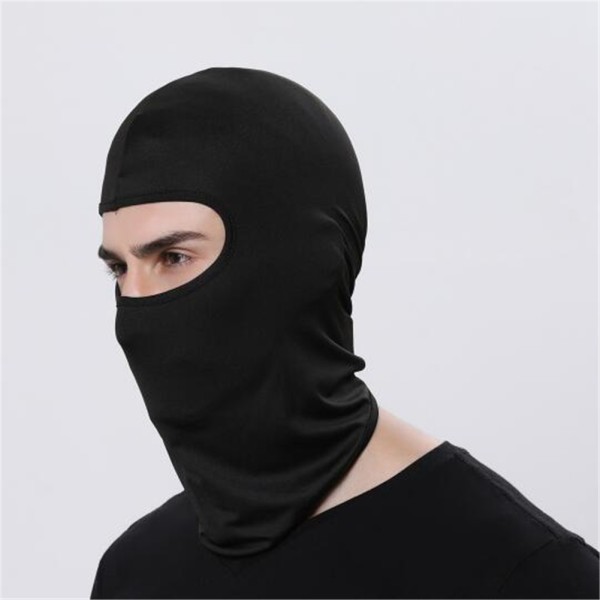 I can't speak to what's happening in Oklahoma, but here in Missouri, though the number of cases has continued to be added to every day, and a small handful die each day, the number in the hospital has been declining the last 2 weeks. What we're seeing is that rural counties which had not had many cases or none previously are now having them. And the big numbers we've seen of new cases have come from meatpacking plants where they've been going through and testing all the employees, hundreds each day who are asymptomatic or only have mild symptoms, and test positive (out of thousands at the plant). Also the age range of the newer positive cases has been in the 20-40 range now, and few of these people are very sick. Most all of them are just having to go stay home for two weeks, and had they not been doing wholesale testing, nobody would ever have known they would test positive, as they would never had gone in to get tested.

When this started I moved my work tables close to the door as a barrier. This kept everyone a good 6' apart and plenty far from my work area. I have since moved them back. My counter is only 14" deep and it bothers me also to have people "breathing" on my computer. I've ordered a sneeze guard just for my work area and I think it's a good idea for flu season too. I remember last winter before all this I was grossed out by rude people sneezing and sniffling right above me.

Like Uncle Bun those few customers I have per day I don't require masks. And to answer your question, YES, say something if you are uncomfortable!
R

We're in one of the areas that were hardest hit so take that into consideration.

We're still not allowing people in the store to "shop" or get consultations. If you can't do it via email or phone, either wait or go somewhere else. We are allowing pickups and drop offs in a gated off area. We ask everyone to wear a mask. Too many people weren't because they were "just popping in" but I've had multiple people come for pickups and remove their mask while talking. One guy had his mask on his forehead the whole time. I'm baffled by the indifference of others. Compared to being locked down, wearing a mask for 5-10 minutes is barely an inconvenience.

There are a few reasons why I'm not open for consultations/shopping:

1. The effort to clean up after customers. If I don't allow people in, I can keep a normal cleaning schedule. If I do, I need to constantly sanitize.

2. 90-95% of the work can be done via email or phone. Yes, as a B&M shop, one of the biggest selling points is the in person transaction, but this is out of our control. It's simply something we have to adapt to.

3. People aren't doing the right thing. I've found people really struggle to talk with their mask. They find it annoying. So if I'm working with someone for 15-20 minutes, I can tell you a reasonable number of them will adjust their mask so that it's not covering their face properly. Not to mention, people are terrible at social distancing.

For nearly the last 5 months, every reputable health organization in the world has been saying the following phrase over and over again:
"Wash your hands frequently, when possible keep 6ft apart from everybody and wear a mask when in close quarters or in public or if you don't feel well."

After all this time, if somebody doesn't grasp the concept then he or she is a total idiot and the reason why this keeps spreading and threathening our health and businesses !!!

Just make the mask and hand washing mandatory for anybody who comes in. It's really not too much to ask given the consequences. It's not politics, it's health ethics.