On a much brighter note...

Amidst today's headlines, life continues to press on and good things still happen. Join me in welcoming my new granddaughter, Emma Joy.

I definitely need this in my life right now!

She joins three very rambunctious brothers ages 5, 4 and 3. There's no doubt she'll grow up to be one of the toughest little gals ever to dress in lace and heels...as well as blue jeans and boots. 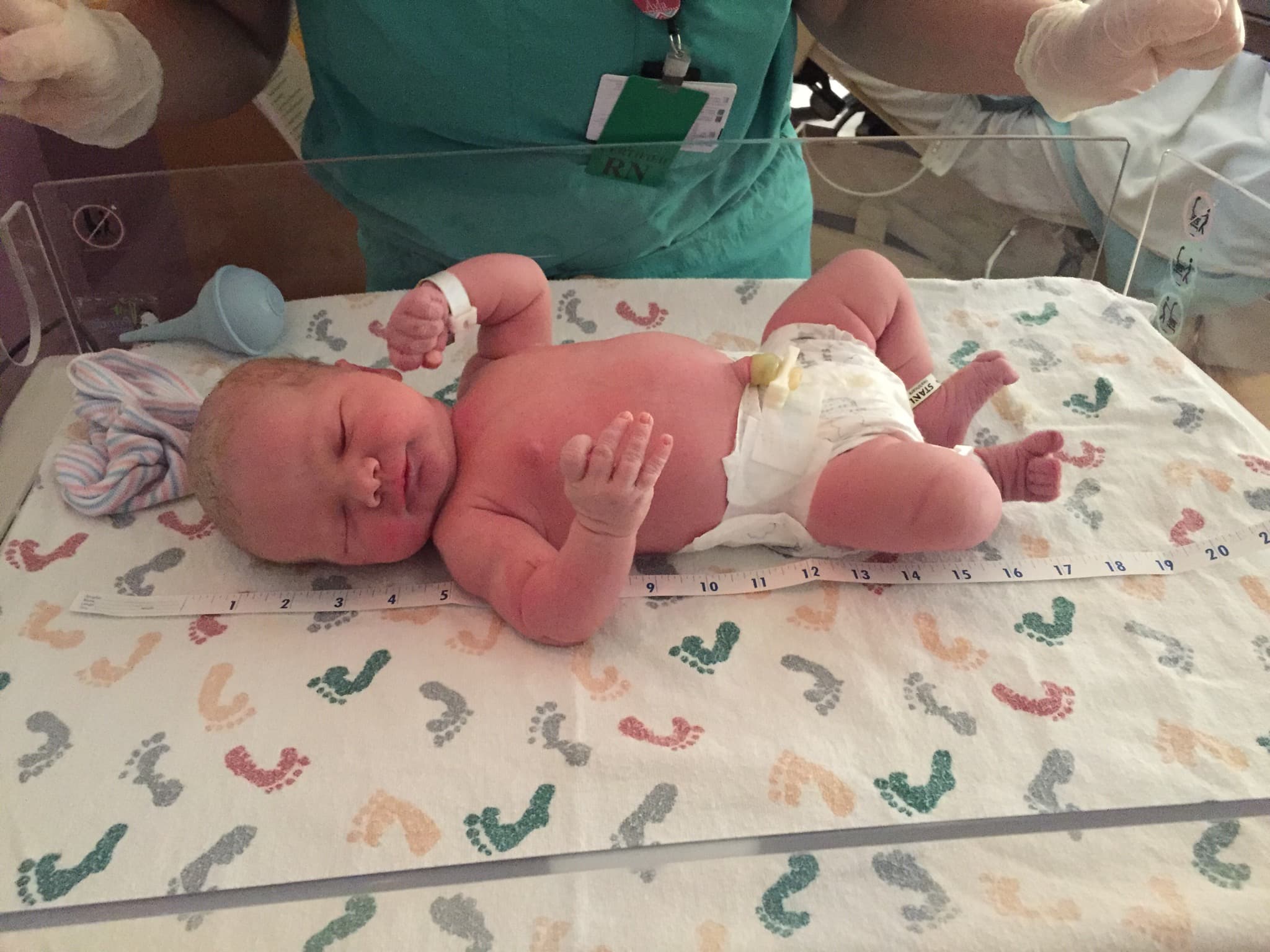 Congratulations James! That's a beautiful little granddaughter you have there.

Congratulations!!! Great way bring back meaning and grounding in our lives. Thanks for sharing Grandpa.

Wow! Great news you bring us on Palm Sunday.
S

Congrats Mate!!!! nice to have one of those little humans around. Enjoy!

CONGRATULATIONS! What a beautiful gift during these trying times. Beautiful little Blondie girl We have an Emma Jane...born January 17th

Two of her brothers are blondies, but her second oldest brother is a very hearty auburn...and it appears she has a bit of both at the moment. Blondies are surely cute, but I wouldn't mind another ginger though. Both her mama and daddy have blue eyes, as do all three boys, so I'm guessing that dominant trait is also hers.

Thanks for the well wishes!

On a side note, her brothers (ages 5, 4 and 3) are finally getting initiated into the not-so-subtle nuances of female anatomy. With restrained boy-giggles and hushed whispers, they've already discussed the obvious amongst themselves, and we've calmly assured them she's certainly not defective in any manner.

Some of their other questions have been rather amusing, to say the least. It's been a blessed learning experience for us all!

In the years ahead, they'll definitely be better men for having grown up with a sister.